For demonstrated commitment to investigative, in-depth reporting, Nicole Ares of the College Heights Herald at Western Kentucky University is the 2017 winner of the University of Georgia’s Betty Gage Holland Award for excellence in college journalism.

“Shining a light on misconduct by college employees who occupy positions of public trust and authority is the highest duty of campus media, and few have done it better than the Herald,” he noted. “Nicole Ares and her team at the Herald showed real insight and ambition by broadening the scope of their investigation to look at comparable colleges across the state, which yielded the revelation that not every college was as secretive as Western Kentucky with these same records and thereby exposing the fallacy of their university’s privacy argument.”

Added LoMonte: “Most impressively, the Herald continued its aggressive coverage even after being sued by the university in an obvious attempt to keep the story from being told. This is the kind of determination that the best public-service journalism requires.” 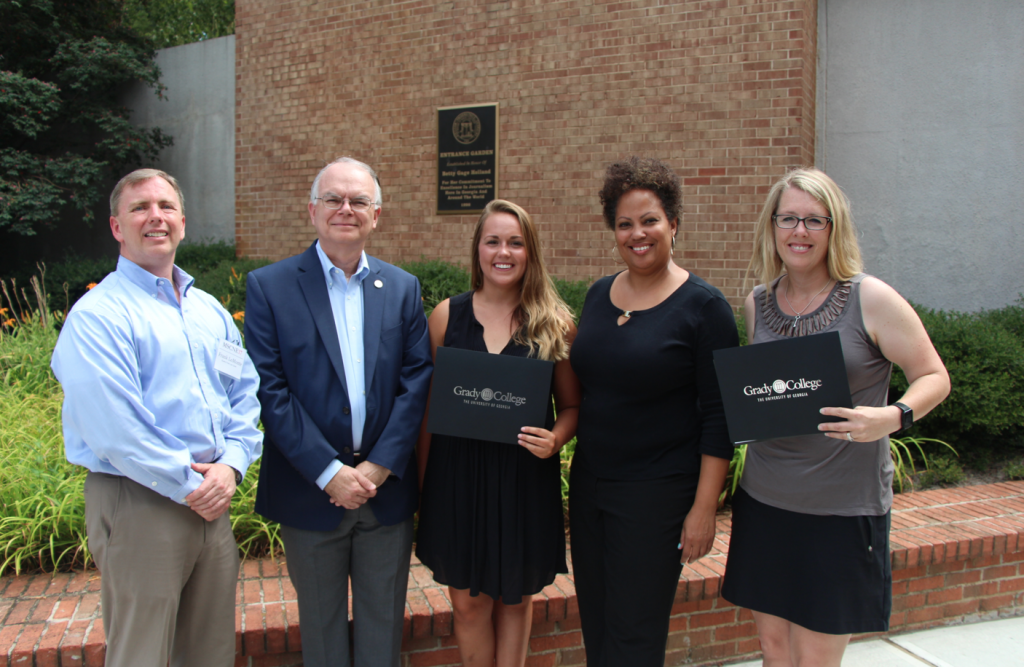 “Nicole’s writing is excellent,” Burton said, “and her decision to include multimedia elements to visually support her data gave her work the edge over other candidates.”In addition to Ares’ strong investigative work, her storytelling drew the attention of the judges, according to Nsenga Burton, Digital Editor of Grady Newsource and Holland Award juror.

Ares will receive a $1,000 award and the College Heights Herald also will receive $1,000 as the sponsor publication.

The annual award honors the late Betty Gage Holland, long-time friend of journalism education at Grady College.  It was presented during the 22nd annual Management Seminar for College News Editors.

“We are pleased to recognize excellence in college journalism each year through the Betty Gage Holland Award. In presenting this award, we intentionally shine a spotlight on deserving student journalism,” said Keith Herndon, director of the Cox Institute. “We want to inspire other college journalists to do great work by showing them what is possible.”