For demonstrated commitment to investigative, in-depth reporting, Jonathan Capriel of The Daily Helmsman at the University of Memphis is the 2014-15 winner of the University of Georgia’s Betty Gage Holland Award for excellence in college journalism. 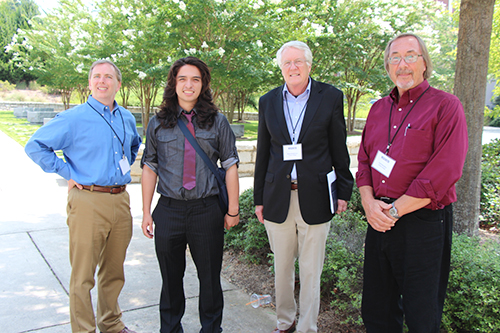 Middleton added that judges were also impressed by Capriel’s use of comparative graphs to make his reporting even more compelling.

Frank LoMonte, executive director of the SPLC, described Capriel’s work as “in the best tradition of the inquisitive accountability journalism that all communities need.”

“His body of work for the Helmsman exemplifies the ethic that gives journalism its unique, irreplaceable value. He takes the time to learn and explain his subject, he pushes back hard against the slammed door, and he skeptically questions every claim that’s too good to be true,” LoMonte said.

In a glowing endorsement, Candace Justice, general manager of the Helmsman, said Capriel goes above and beyond what is required of him, often working on stories over holiday and summer breaks.

“Of all the award-winning reporters I have worked with over my 22 years as adviser to The Daily Helmsman, I have never had one as utterly devoted to the public’s right to know as Jonathan Capriel,” wrote Justice.

Capriel will receive a $1,000 award and The Daily Helmsman also will receive $1,000 as the sponsor publication.

The annual award honors the late Betty Gage Holland, long-time friend of journalism education at Grady College.  It was presented during the 20th annual Management Seminar for College for College News Editors.