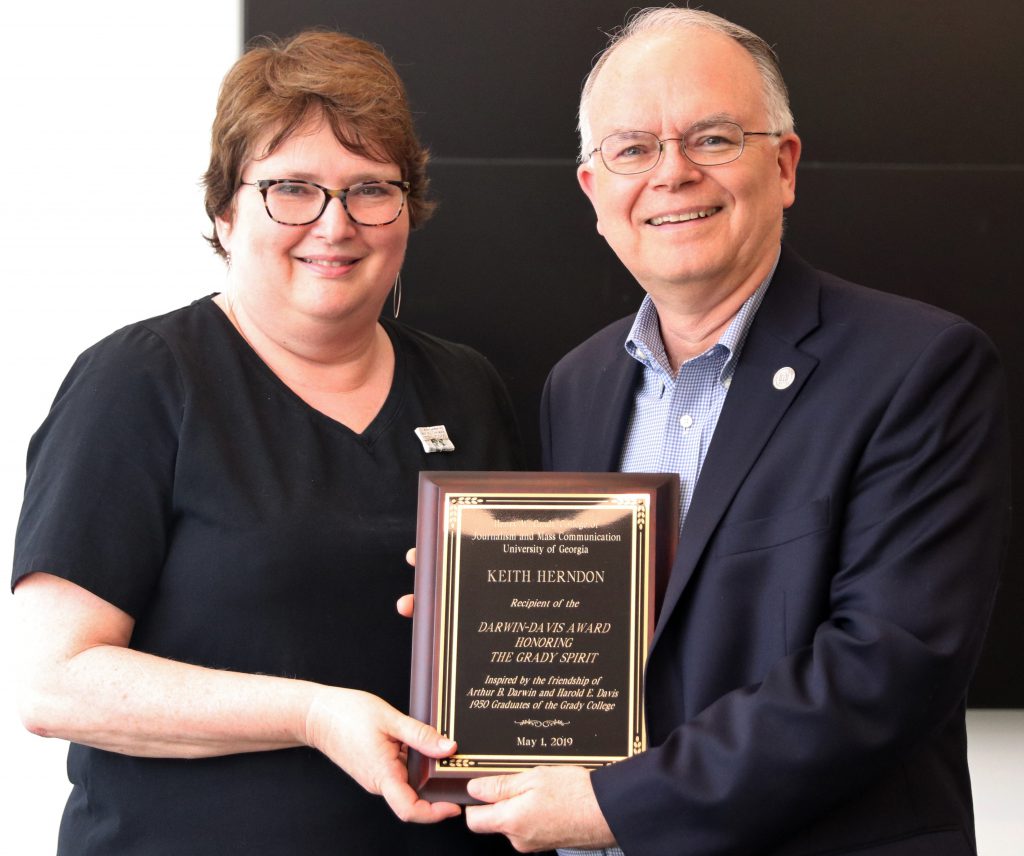 The Darwin-Davis Award was made possible by an endowment from Dean Emeritus Cully Clark and his wife Mary. The honor was established in 2007 to recognize a member of the Grady College faculty or staff whose performance reflects those qualities of dedication and friendship that best capture the “Grady Spirit.”

In announcing this year’s selection, Dean Charles Davis said, “Keith Herndon does just that, every day.” Davis added that the letter nominating Herndon described him as “a ball of energy that burns right in the heart of Grady College.”

The award, which was presented during the spring faculty meeting, was named for Arthur B. Darwin and Harold E. Davis, 1950 Grady graduates whose personal friendship and lives of service inspired Clark to establish the award.

“As a Grady grad, an award recognizing my contributions to the Grady spirit is especially meaningful,” Herndon said. “Grady holds a special place in my heart and I want to convey that feeling of family and friendship to all of my students.”

Herndon, who graduated in 1982, had a long media industry career before joining the Grady faculty as a visiting professor in 2012. He became a professor of practice three years ago and was named director of the Cox Institute. In 2018, he was also named the William S. Morris Chair in News Strategy and Management. Earlier in 2019, Herndon received a University of Georgia Creative Teaching Award in recognition of his work developing the Grady Mobile News Lab and establishing leadership education programs for journalism students.