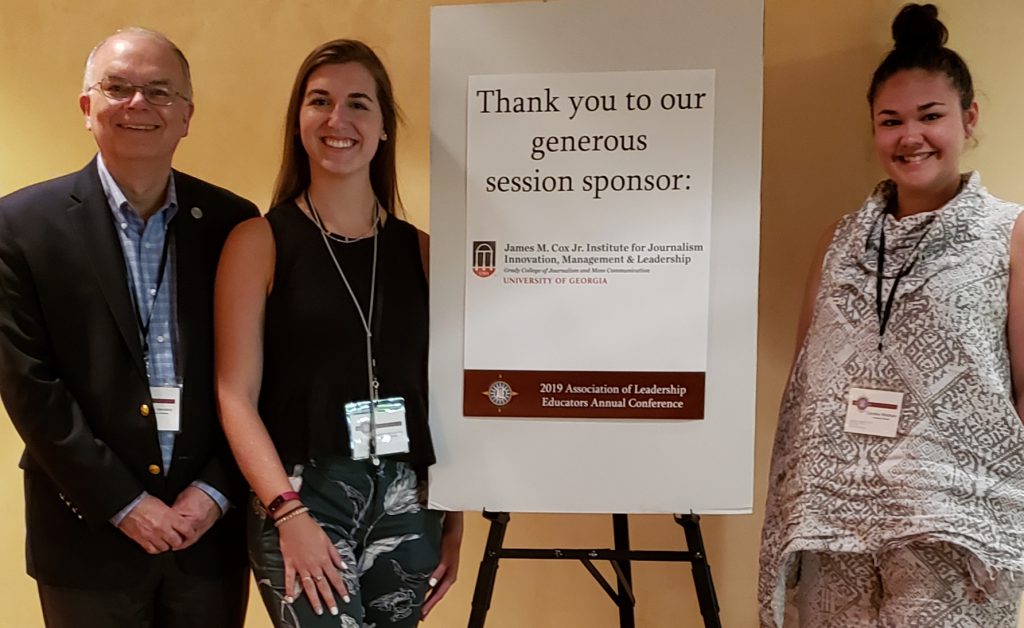 The director of the James M. Cox Jr. Institute for Journalism Innovation, Management and Leadership and an incoming graduate assistant presented an innovative practice paper at the Association of Leadership Educators’ annual conference.

Dr. Keith Herndon and Charlotte Norsworthy presented the paper, “Democrat or Republican? Using Political Stereotypes as a Bias Discussion Exercise,” at the July conference held in Albuquerque, New Mexico. Ryan Kor-Sins, who earned her M.A. at Grady, was a co-author, but could not attend the conference. She is pursuing a Ph.D. at the University of Utah.

The peer-reviewed paper explains a classroom leadership exercise that asks students to identify anonymous people as either Democrats or Republicans based only on brief descriptions, Herndon said. Students are challenged to explore the reasons behind the identifications they make, specifically confronting the trigger words that lead them to assign a political affiliation. In doing so, the exercise leads students to recognize preconceived notions that are largely based on general stereotypes, he added. 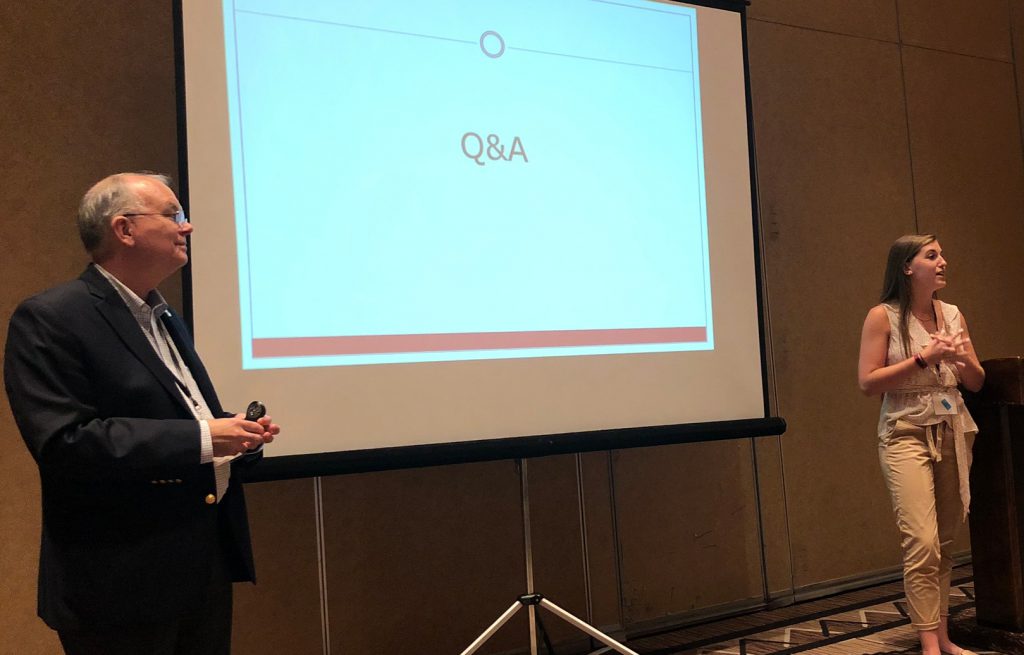 Although the exercise is based in political party identity, it is designed as a springboard into powerful classroom discussions about broader issues of bias and prejudice, said Norsworthy who participated in the exercise as an undergraduate Grady student and contributed to the paper’s supporting literature review. Norsworthy begins her M.A. in journalism during the upcoming fall semester.

For the third consecutive year, the Cox Institute was a sponsor of the conference, which provided an opportunity for Caroline Windham, also a Cox Institute graduate assistant, to attend as a professional development activity.

“I found the ALE conference to be an opportunity to experience the research side of leadership, which is something that I don’t often see but really fascinates me,” Windham said. “I also was able to meet and connect with professionals in the field and get their guidance on the next steps I could take to further my personal goals following my graduation from graduate school in May of 2020.”

The Cox Institute was recognized for its sponsorship prior to a keynote session by Dr. Corey Seemiller, an expert on Generation Z. In introducing Seemiller, Herndon praised her groundbreaking research. “Her work has been a key part of our industry training programs and has allowed us to better understand the generational shift occurring in our student population,” Herndon said.

An honor to introduce @CoreySeemiller as a keynote speaker at #ALE2019. Her work on Generation Z has been critical to the training programs of #CoxInst @UGAGrady. Great to hear her insights in person! pic.twitter.com/2a8c3kiamP

ALE is a volunteer educational organization dedicated to leadership education across disciplines. The Journal of Leadership Education is published in association with the organization.

“The Cox Institute is proud of its ongoing affiliation with ALE and its mission to support interdisciplinary leadership education,” said Herndon.