Please join us on April 12 for our day-long Entrepreneurial Journalism Symposium.

Facebook will provide help desk services from 9:30 a.m. to Noon in the Journalism Innovation Lab for student and professional journalists as part of its commitment to helping independent journalists. Work 1:1 on your specific Facebook technical questions or get access to newsgathering tools such as Signal and CrowdTangle. 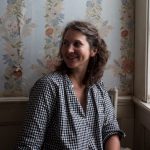 Rinne Allen is a freelance photographer living in Athens, Georgia. Allen spends most of her days collaborating with chefs, farmers, artisans and designers to document their work and the process of creating it. Allen has a background in fine art photography, with a BA in photography from Sewanee in Tennessee, and for the last 15 years, she has worked out of a studio in an old house in her hometown of Athens, Georgia. Her work has been published in over 14 books and in national and international magazines, as well as exhibited in galleries and educational institutions. Allen also has a regular column about harvests with the New York Times’ T Magazine that focuses on the Southern region that she calls home. 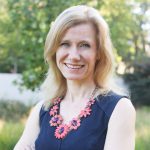 Lori Johnston owns and operates Fast Copy News Service along with her husband, Andy. The Athens-based company has a team of writers that contributes daily to magazines, newspapers and websites for media outlets and companies. Johnston is a former Associated Press writer and magazine editor whose work has appeared in publications and websites including the Atlanta Journal-Constitution, Wall Street Journal, People magazine, HGTV.com and Bankrate.com. 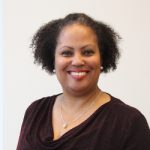 Dr. Burton is an award-winning professor, multimedia journalist and blogger, filmmaker and producer. Currently, she is the digital editor for Grady Newsource and serves as editor-at-large for The Root (a Univision company) and contributor to Huffington Post Black Voices where she writes media criticism. In 2012, Dr. Burton founded The Burton Wire, an award-winning news blog that covers global Black and Afro-Latino populations. Dr. Burton is a leader in the field of technology and diversity, serving as Executive Director of the National Association of Multicultural Digital Entrepreneurs for the past three years. 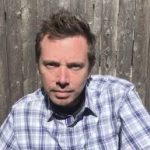 Dan Maccarone’s keen aptitude for strategy has helped countless brands rethink their digital products. He is responsible for re-imagining traditional business models and reinventing them for the digital age. His innovative approaches helped launch Hulu in 2007, and the online subscription-based model of the Wall Street Journal a year later. Through his work, Dan has become a trusted adviser to many well-known start-ups including Rent the Runway, Foursquare and FitStar, one of the top 10 grossing fitness apps on the iTunes App store, successfully exiting to FitBit in 2015. Dan is co-founder of the product design company, Charming Robot, based in New York City and is the host of his own podcast, Story in a Bottle, which profiles the careers of some of today’s most successful founders, venture capitalists, and designers. 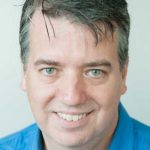 Bob Sullivan is a veteran journalist and the author of four books, including the 2008 New York Times Best-Seller, Gotcha Capitalism, and the 2010 New York Times Best Seller, Stop Getting Ripped Off! He has won the Society of Professional Journalists Public Service award, and in 2013 won a Peabody Award as a reporter on an NBC documentary about Poverty in America. He worked for MSNBC.com/NBC News for nearly 20 years, much of them creating and writing the consumer/tech blog The Red Tape Chronicles. Now an independent journalist, Sullivan is a contributor to CNBC.com and NBCNews.com, and continues to appear on NBC TV programs, such as the Today Show, as a consumer and technology expert. 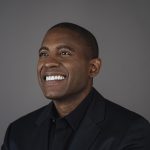 Carlos Watson is an entrepreneur and Emmy-winning journalist based in Silicon Valley. In 2013, he co-founded OZY, the daily information source that helps over 20 million readers catch up on the day’s most important news with its Presidential Daily Brief (PDB), and vault ahead with eight original features dedicated to what’s new and what’s next. Watson served as the host of OZY’s original political documentary series THE CONTENDERS – 16 for ’16 and Point Taken, both airing on PBS. Previously, he anchored shows on CNN and MSNBC and hosted a series of Emmy-winning interview specials. As a businessman, Watson built Achieva College Prep Services into one of the nation’s largest college prep companies before selling it to the Washington Post/Kaplan. He also worked as the Global Head of Education Investment Banking for Goldman Sachs and as a consultant at McKinsey & Company. 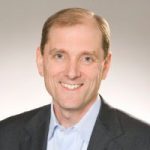 Louis Gump is CEO of NewsON Media, LLC. Accomplished in leading digital media services, Gump presided earlier in his career over benchmark-setting mobile businesses for The Weather Channel and CNN, before becoming CEO of mobile media and advertising company LSN Mobile. Gump has served in diverse capacities with industry organizations, including more than a decade on the board of the Mobile Marketing Association (MMA), where he held various leadership positions including Treasurer and Global Chairman.