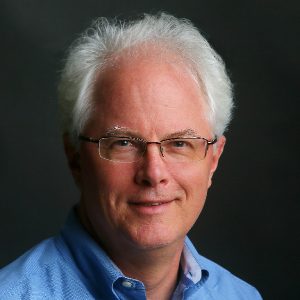 Ken Foskett, an award-winning investigative journalist and acclaimed author, is the 2022 Industry Fellow with the James M. Cox Jr. Institute for Journalism Innovation, Management and Leadership at the University of Georgia.

As the Industry Fellow, Foskett will engage with students through classroom lectures, presentations with student organizations and will coach students involved in the Cox Institute’s extracurricular programs such as the Covering Poverty initiative. Foskett has previously served on the Cox Institute’s Board of Advisers and will continue in that role. He will also be the keynote speaker at this year’s Spring Leadership Dinner honoring the students in the Levin Leaders program on March 3.

“So many of my colleagues in journalism are distinguished University of Georgia alums, and the Georgia students who I’ve hired as interns over the years are consistently the best prepared, the most capable young journalists I’ve known,” said Foskett. “I’m thrilled to have the opportunity to work more closely with these students and faculty over the next year.”

“When a journalist of Ken Foskett’s caliber steps before our students, there is instant credibility. His career in investigative reporting and editing along with his time covering politics allows him to convey important insights in a meaningful way,” Herndon said. “We designed the Industry Fellow program to facilitate connections and conversations between accomplished journalists and our students, and we’re excited to welcome him into this role.”

Foskett wrote and later edited at The Atlanta Journal-Constitution over a 32-year career. When he retired in November 2021, Foskett was senior editor for investigations, leading teams of investigative reporters and data journalists. He also managed the internship program, placing 15 to 20 collegiate journalists in the AJC’s newsroom each year.

Over his 20-year reporting career with the AJC, he covered local government, state politics and the U.S. Congress. In the early 1990s he covered Georgia Gov. Zell Miller and the state legislature. He became the AJC’s Washington correspondent in 1996. In Washington, Foskett covered Georgia’s congressional delegation, the impeachment of President Clinton and the 2000 presidential election.

In 2001, Foskett reported and wrote a three-part profile of Georgia native and Supreme Court Justice Clarence Thomas. He expanded the reporting into a full-length biography entitled, “Judging Thomas: The Life & Times of Clarence Thomas,” published by William Morrow in 2004. The book remains among the most authoritative accounts of Thomas’ life, and Foskett is one of only a handful of journalists to have secured interviews with the famously reticent justice.

As an investigative reporter for the AJC in the 2000s, Foskett’s reporting exposed corruption in the state legislature, mistreatment of Georgians with disabilities and fraud in federal internet subsidies to Atlanta Public Schools.

Later, as investigations editor, Foskett led a team of reporters from the AJC and Channel 2 Action News investigating police shootings in Georgia. The year-long series documented, for the first time, the circumstances of every fatal police encounter from 2010-2015. The series led the state legislature to rewrite Georgia’s grand jury law, making it less favorable to officers charged in shootings. ‘Over the Line: Police Shootings in Georgia’ also earned a national award from Investigative Reporters and Editors (IRE) in 2016.

In 2018, Foskett led a team of AJC/Channel 2 reporters investigating corruption in the administration of former Mayor Kasim Reed. The team’s work also exposed the Reed administration’s efforts to flout Georgia’s public records law and led to the first criminal conviction of an official violating the Open Records Act.

Foskett was twice awarded the Impact Award from the Atlanta Press Club, the club’s top award, first for his work on Personal Journeys and later as part of the team covering city of Atlanta corruption. Other awards include Cox Writer of the Year and public service awards from the Associated Press and the National Black Journalists Association.

Foskett continues to manage the AJC’s internship program in retirement. A 2014 graduate of Leadership DeKalb, he chairs the board of the Atlanta Press Club and is vice president of the Georgia First Amendment Foundation. He is a graduate of Yale College and the Columbia University Graduate School of Journalism.