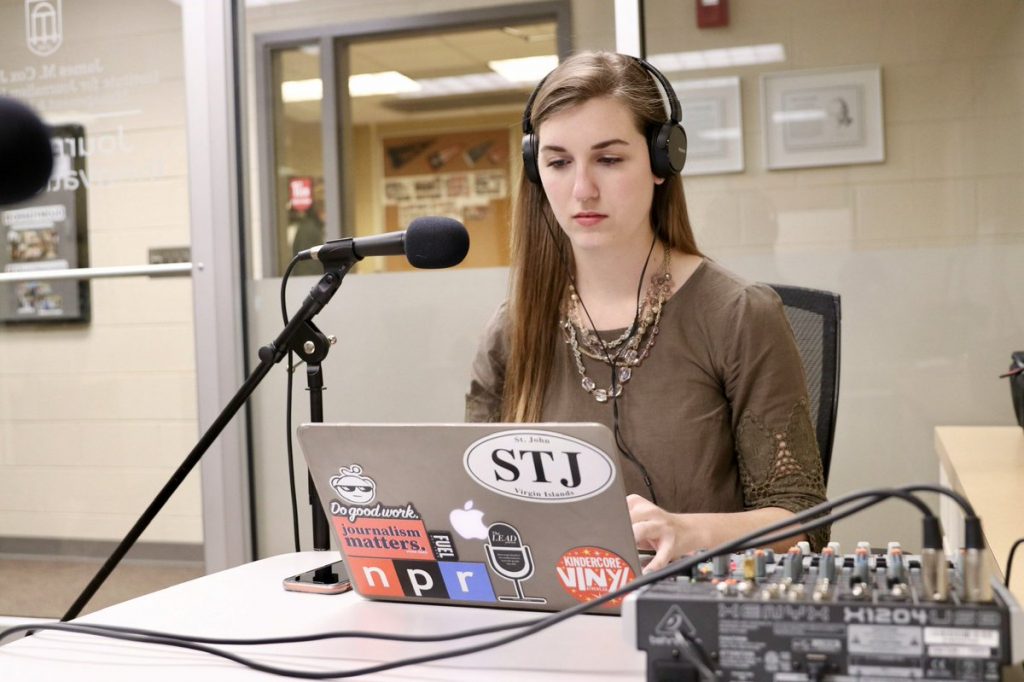 The Society of Professional Journalists recognized Grady’s The Lead Podcast and its host Charlotte Norsworthy as among the best of collegiate journalism for Region 3 in 2019.

The Lead podcast received first place in the Mark of Excellence Awards competition for the region, which comprises student journalists from Alabama, Florida, Georgia, South Carolina, Puerto Rico and the U.S. Virgin Islands. First-place winners will compete at the national level among other winners from the 12 SPJ regions.

“It’s been such a rewarding experience to take The Lead podcast to new heights over the past two years as host,” Norsworthy said. “I am so grateful to have grown as a journalist alongside the podcast.”

The Grady College’s James M. Cox Jr. Institute for Journalism Innovation, Management and Leadership produces the podcast. It debuted in the Fall 2016 semester with Daniel Funke as its original student host for the first two semester-length seasons. Nate Bramel and Noelle Lashley took over hosting responsibilities for seasons three and four and Norsworthy led seasons five, six and seven, and continues as its current host.

Guests on The Lead have included Pulitzer Prize winners Alex Jones and Nick Chiles, Peabody Award winners Bob Sullivan and Randy Travis, local television news legend Monica Kaufman-Pearson and renowned journalist Charlayne Hunter-Gault. They are among the dozens of guests who have share valuable advice with Grady’s journalism students who are the podcast’s target audience.

“We created The Lead podcast to provide another platform for engaging with the many exceptional guests who visit Grady,” said Keith Herndon, the Cox Institute’s director. “This award, however, reflects how Charlotte Norsworthy has used the podcast to demonstrate and showcase excellent journalistic interviewing techniques.”

Norsworthy will be completing her master’s degree in the fall semester and is moving into the producer’s chair for the Fall 2020 season, which means the Cox Institute is searching for its next student host.  Applications for the position are open through April 10 on UGA’s Handshake.

The SPJ also recognized the University of Georgia’s independent student newspaper The Red & Black as the region’s best all around non-daily newspaper, and one of its reporters, Grady student Anila Yoganathan, won first place in general news reporting for a series on diversity at the university.