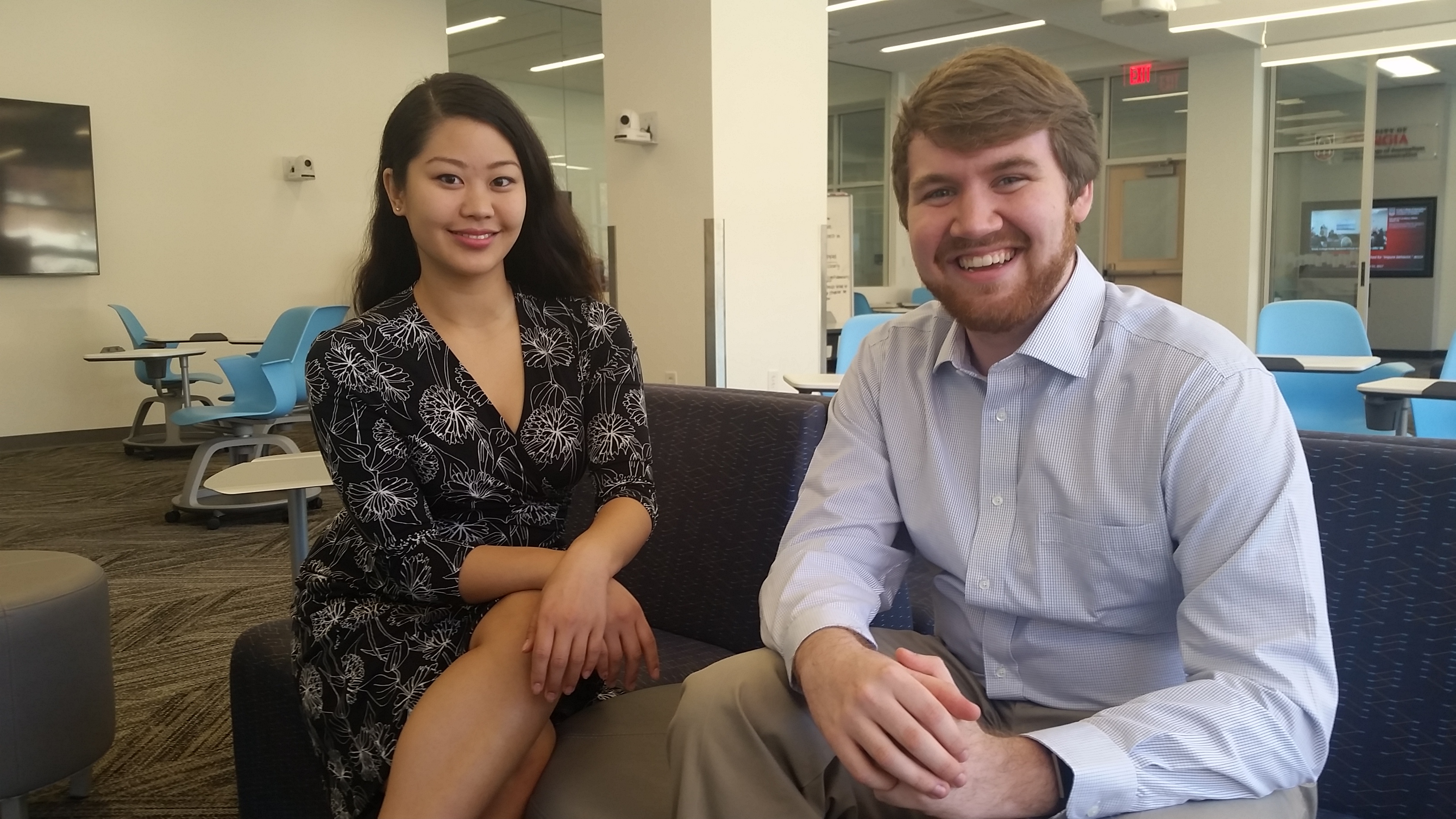 (l-rt.) Lisa Fu and Zachary Hansen have been selected as Bloomberg interns following their graduations in December.

Lisa Fu and Zach Hansen, two Grady journalism students who were Cox-SABEW Fellows, have been selected to be interns at Bloomberg News following their December graduations.

Fu and Hansen, selected competitively from hundreds of applicants, will be assigned to business news teams in New York City. They were among 10 interns chosen nationally for the spring semester.

The Cox Institute’s Fellowship in partnership with the Society of American Business Editors and Writers (SABEW) recognizes Grady students who have engaged in business journalism through class assignments, student media and professional internships. The Fellows attend the SABEW conference in New York and meet with professional business journalists, explained Dr. Keith Herndon, director of the Cox Institute.

Fu and Hansen said the Cox-SABEW program they attended in Fall 2017 was instrumental in their selection as Bloomberg interns. Both students also had other classroom and professional training to support their credentials as emerging business journalists. Fu was in a special topics class on business journalism and Hansen took the entrepreneurial journalism course, which emphasized business concepts. Fu is also a double major in economics, while Hansen has worked at local accounting firm.  Last summer, Fu interned at Fortune Magazine and Hansen was a Pulliam Fellow assigned to the Arizona Republic.

“The business journalism training I’ve received both inside and outside of the classroom has given me a competitive edge,” said Fu. “I am immensely grateful to have been part of a program that encourages students to delve deeper into business, a field that is often intimidating at first.”

Hansen said he owed a lot to the Grady College and its Cox Institute program, including his first trip to New York City.

“I’d never been . . . before I went as a Cox-SABEW fellow,” he said. “New York City is the media capital of the world, and I never imagined I would get the opportunity to work there coming out of college. I have to thank the Grady College for preparing and instilling me with the journalistic skills and knowledge that allowed me to obtain this fantastic opportunity.”