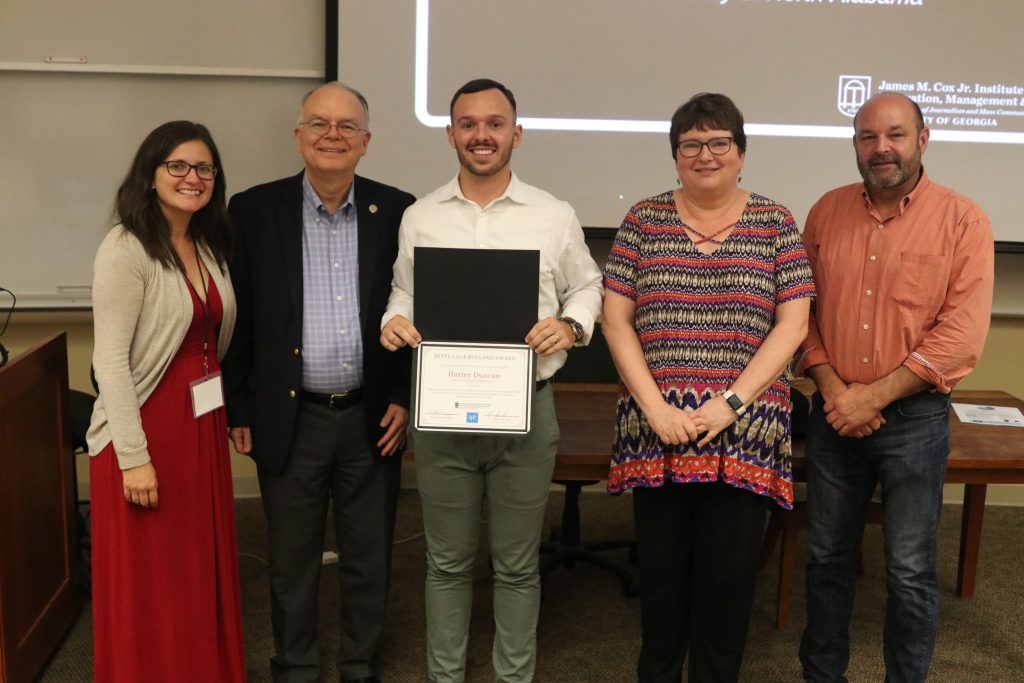 College students from around the nation gathered at Grady College for the 2019 Management Seminar for College News Editors from July 27-August 1 in Athens, Georgia. (Photos/Dayne Young, Sarah Freeman and Stephanie Moreno)

The award recognizes campus journalists and their publications for distinguished service to protect the integrity of public dialogue on America’s college campuses. The annual award is co-sponsored by the James M. Cox Jr. Institute for Journalism Innovation, Management and Leadership at the Grady College and the Student Press Law Center.

Duncan led reporting efforts to uncover why the university’s vice president of student affairs resigned and a professor was banned from campus. His staff filed FOIA requests for personnel records. The requests were initially rejected. The newspaper eventually obtained selective personnel records and confirmed a Title IX investigation of the professor.

“I feel incredibly grateful to be awarded such a prestigious and honorable award, but I will always be indebted to the staff that worked around me and my former Adviser Scott Morris for helping me do great journalism,” Duncan said.

Morris was later informed that administration was rewriting his job description to require a PhD, meaning he was no longer qualified for the job. This act prompted the College Media Association to censure the University of North Alabama.

“The Flor-Ala has spoken to truth to power, obtaining and exposing information that the school was clearly desperate to keep hidden,” said Mike Hiestand, senior legal counsel for the Student Press Law Center. “That is what journalists do — and that is their legacy.”

Duncan credits a team effort from the Flor-Ala staff for discovering truth without cooperation from the university.

“A lot of people at the university discredited the reporting I did and the articles we published, but this kind of recognition shows that we were doing our jobs well,” Duncan said. “My hope is that this award earns The Flor-Ala more respect and can spark a larger conversation at The University of North Alabama on the topic of public records and institutional transparency.” 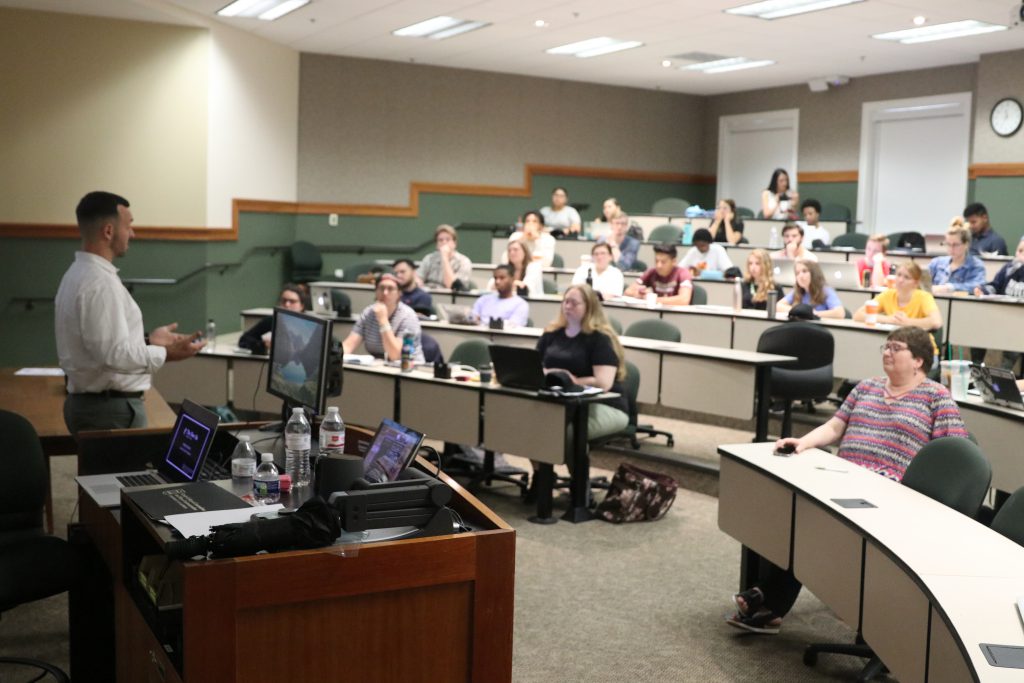 College students from around the nation gathered at Grady College for the 2019 Management Seminar for College News Editors from July 27-August 1 in Athens, Georgia. (Photos/Dayne Young, Sarah Freeman and Stephanie Moreno)

The award honors the late Betty Gage Holland, long-time friend of journalism education at the University of Georgia.

An award of $1,000 is presented to the winning student journalist and an additional $1,000 is given to the publication sponsoring the winning entry.

“An award such as this should inspire college journalists by showing them the outstanding work of their peers,” said Keith Herndon, director of the Cox Institute. “In the case of this year’s winner, the work reminds everyone how public institutions often fail in meeting their obligations for transparency. When this happens, journalists must hold them accountable.”

The Student Press Law Center, headquartered in Washington, D.C., provides legal assistance and advocacy in support of student journalists nationwide seeking access to information from schools and colleges. The Center provides free legal training and educational materials for student journalists and their teachers on a wide variety of legal topics.